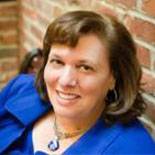 Ms. Rhea Siers combines her operational, legal and policy experience from thirty years in the US Intelligence Community and the private sector to bring a multifaceted approach to intelligence and cybersecurity issues. She served as NSA’s senior representative to the FBI, as well as NSA’s Deputy Associate Director for Policy, led operational and intelligence production as a senior executive manager, and served in NSA’s Office of General Counsel. She received numerous awards and commendations for her service from the Director of National Intelligence, the Director of NSA and the Director of the FBI. As an attorney and policy expert in the cybersecurity and cyber threat arena, Ms. Siers was selected as a “Cyber Trail Blazer” by the National Law Journal (2014), recognizing Ms. Siers’ expertise in developing sound cyber policy different threat vectors. Ms. Siers recently joined the Bank of America as its Cyber Security Defense Strategy Executive. Ms. Siers is the Senior Fellow for Policy and Legal issues at the Institute for Information Infrastructure Protection (I3P). Previously, she served as Scholar In Residence at the Center for Cyber and Homeland Security at George Washington University (GWU). Her work focused on key policy issues such as “Active Defense, Cyber Threat Analysis and operational implications of data privacy laws. Ms. Siers teaches at George Washington and Johns Hopkins University, where she has developed and taught courses on “Cyber Threats, Strategy and Policy,” “Cyber As a National Security Driver,” “Privacy in a Data-driven Society,” “Intelligence and Privacy in Intelligence Operations,” “Intelligence in a Democracy,” “Terrorism and Political Violence” and “Responses to Terrorism”. Ms. Siers serves on the editorial board of The Journal of Law and Cyber Warfare and is a co-author of the book Cyber Warfare: Understanding the Law, Policy, and Technology (2015). She has authored a number of recent articles and book chapters about cybersecurity, cyber deterrence, attribution, and cyber threat case studies published in The Wall Street Journal and The Cipher Brief. Ms. Siers received her B.A. in Political Science from Barnard College, Columbia University, New York, an MSc in International Relations and Middle East Politics from the London School of Economics and Political Science, a J.D. from the Washington College of Law, American University, and an MIPP from the Elliott School of International Affairs, George Washington University.