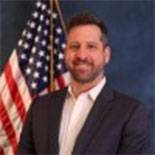 Dr. Jason Warner is an Adjunct Professor at American University's School of Public Affairs. In a full-time capacity, he is an Assistant Professor in the Department of Social Sciences at the U.S. Military Academy (West Point) where he also serves as the director of Africa research in the Combating Terrorism Center (CTC).

Dr. Warner holds a Ph.D. in African Studies (Harvard), two M.A.s (one in Government (Harvard) and one in African Studies (Yale)), as well as a B.A. with Highest Honors in International Studies, along with a minor in French (University of North Carolina at Chapel Hill).

Dr. Warner is the co-author or co-editor of three books:

He has published in academic journals including Security Studies, Foreign Policy Analysis, African Security, Afrique Contemporaine, Small Wars and Insurgencies, The Journal of Modern African Studies, The Journal of Human Security, and CTC Sentinel, among others. He is also the co-author of three CTC reports on the demographic and operational profiles of “Boko Haram,” al-Shabaab, and AQIM’s suicide bombers. His work has been cited in various international outlets, including the BBC, CNN, The Economist, The New York Times, Newsweek, and The Washington Post, among others.

Dr. Warner has been engaged in the practice of international affairs in various capacities for more than a decade. Among others, he has worked or performed consultancies for the U.S. Department of Defense, the United Nations Development Program, the Nigerian Mission to the United Nations, Freedom House, and the Naval Postgraduate School. From 2014-2015 he was a U.S. Government Boren National Security Fellow studying the African Union’s security policy in Addis Ababa, Ethiopia