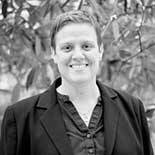 Dr. Jane Palmer is the faculty director of the Community-Based Research Scholars program. In this role, she oversees a selective, living-learning community of first year students who learn how to conduct community-based research in collaboration with a local non-profit organization in DC. She also oversees the Undergraduate Certificate in Community-Based Research, which is open to all undergraduate students at American University.

Jane Palmer’s interdisciplinary research focuses on gender-based violence prevention, help-seeking, legal/policy responses to gender-based violence and measurement/methodological issues in research on sensitive topics. She was recently awarded a Research-to-Practice Fellowship to examine the civil legal needs of survivors of sexual assault for her ongoing collaboration with the Victim Rights Law Center in Boston.

She has conducted campus surveys on sexual assault, dating violence and bystander intervention since 2011. She is an evaluation consultant for Men Can Stop Rape on a federally-funded project on campus sexual assault prevention and policy initiatives at eight local universities.

Prior to joining the AU faculty full-time, she was a post-doctoral associate at the Center on Violence Against Women and Children (VAWC) at the Rutgers University School of Social Work. From 2010 – 2013, Dr. Palmer was a graduate research fellow at the U.S. Department of Justice’s National Institute of Justice where she was on a small team of individuals responsible for designing and implementing a Congressionally-mandated program of research on violence against American Indian and Alaska Native women living in tribal communities in the U.S. She served as a Technical Advisor to American Indian Development Associates on the National Baseline Study under this program of research from 2014-2017.

Before coming to AU for her Ph.D., she was the executive director of a domestic violence agency in St. Louis. She worked for more than a decade in community-based organizations in urban, low-income communities as an advocate, youth program manager and social worker for children and families, with an emphasis on violence prevention and eradicating sexual abuse and domestic violence.