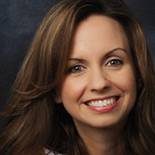 Caty Borum Chattoo is a full-time professor of Public Communication. She has multifaceted expertise in social change communication, integrated media campaigns, and documentary film and television production. Most recently, she worked as a senior vice president at a D.C. global communications agency. She also worked in Los Angeles with producer Norman Lear through both the Norman Lear Center, a multidisciplinary think tank, and as a founding director of Lear’s Declare Yourself, a national youth civic engagement campaign. Prior to this work, she served as a program officer in the Kaiser Family Foundation’s Entertainment Media & Public Health program. In addition, Borum Chattoo has produced documentary film, TV, and short-subject advocacy videos for groups including the AFL-CIO, California Nurses Association, ICLEI USA, YWCA, and others. She co-produced the investigative feature documentary film, "Wal-Mart: The High Cost of Low Price," and served as a key media spokesperson; and she served as co-producer and field producer for an investigative TV documentary series about environmental social justice, "Sierra Club Chronicles," which aired on Link TV and the Sundance Channel.

Learn more about our accomplished faculty members. Call 855-725-7614 to speak to one of our admissions representatives or request more information.